The thing is, I already had one. In four years as a New England Patriots beat writer and reporter for Comcast SportsNet New England/NBC Sports, I was fortunate enough to attract over 11,000 insatiable football-fan followers.

So the question was, do I create an account from scratch for my new career or do I try and transition my old Twitter account into a new industry?

I was torn. On the one hand, laying waste to thousands of followers and starting over felt completely overwhelming. On the other hand, I kept imagining I’d make my “Keep following me here for social media insights!” announcement to that legion of Patriots fans, refresh my feed, and see the “K” drop right off the count:

In the end, I decided not to burn down the social media house I’d been building since 2009. I kept the old account, merely tweaking my username. The process is relatively painless for people changing jobs.

3. Point your old handle to the new one

Change the text in your old bio to promote your new handle. 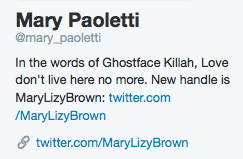 4. Announce the name and job change to your followers

Getting back in the Twitter game. @mary_paoletti is defunct. New job, new town, new opportunities to tweet “I was kidding” when jokes bomb.

5. Hope for the best, expect the worst

I’m sure all your followers are wonderful people and won’t abandon you. But if some do, remember they hopped on your Twitter wagon to receive a certain type of content.

If you aren’t providing that content anymore, they might look elsewhere. That’s what I keep telling myself as I watch followers drop off by the hundreds.

It’s a trade-off, because you’ll likely—if you’re doing it right—start picking up followers in your new field. Try to mix a little of the old (what your followers liked about you in the first place) with the new (links and comments relevant to your new job).

Location can also be a factor. A lot of people follow Twitter accounts to stay updated on things in their area, so if you moved, say, from Connecticut to New Hampshire, like Raka Inbound Content Writer Kelly Glista did, you may lose out on some of your previously “local” followers.

“For me it wasn’t an immediate drop-off,” Kelly said. “More of a gradual changing of the guard. Some of my previous followers were really just interested in their neighborhood, which is cool, because some of my new followers feel the same way.”

Twitter is like a gigantic house party. Let’s say you spend a lot of time in one room talking to one group of people. At one point, you look up and see those people peel off and leave the conversation. But don’t fret. 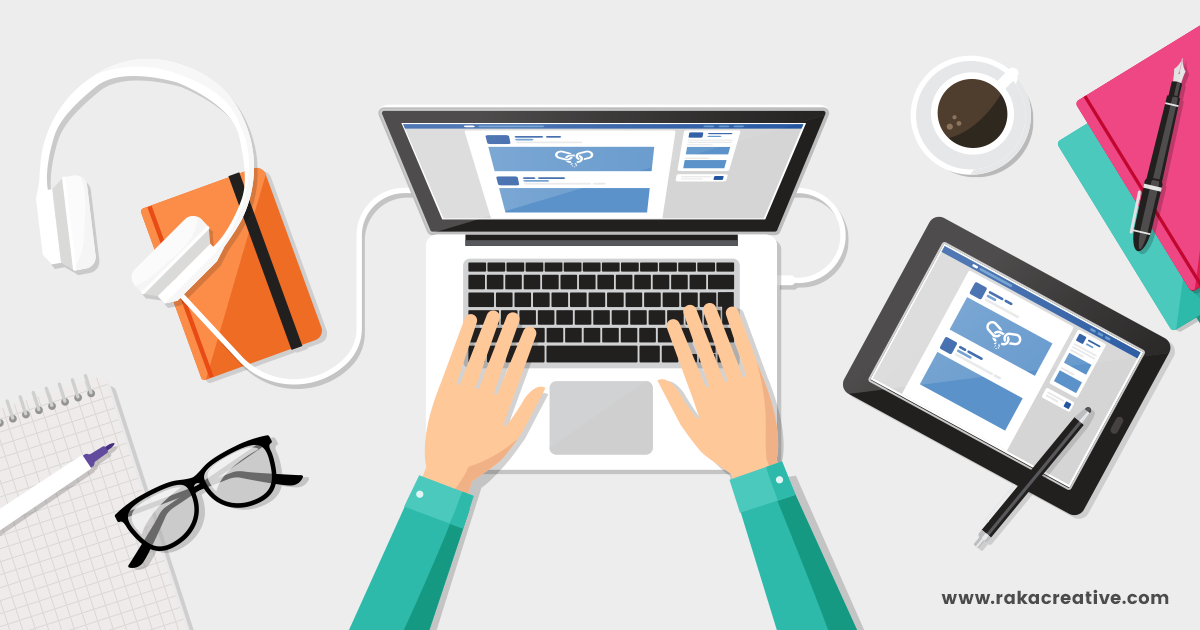 How Much Time to Spend on Social Media for Business